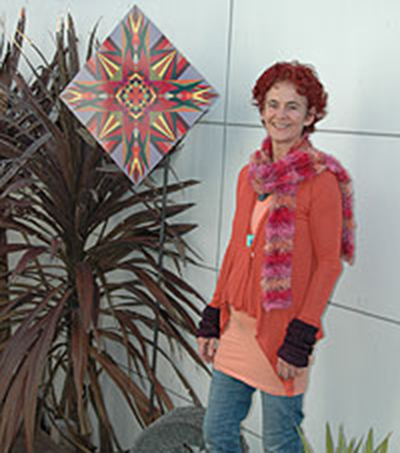 Stirnimann said the painting was a “humble contribution to console the pain that the 2010 and 2011 disasters caused”.

With patterns flowing from the four corners of the painting, Stirnimann said it represented “new ideas for the rebuild and mainly giving strength to people”.

She hoped to exhibit the painting elsewhere in Italy and Germany, if it was not sold before she had a chance to do so.

Stirnimann was born in Basel, Switzerland.