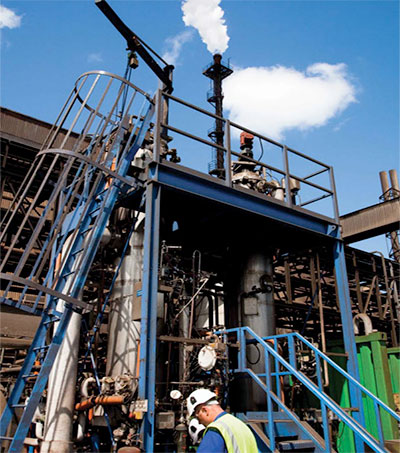 Illinois-based LanzaTech, which got its start in a New Zealand basement in 2005, plans to revolutionise ethanol production with a gas-eating microbe, which converts waste gases into useful chemicals and fuels, including ethanol.

LanzaTech has closed its fourth round of funding this month with a US$60 million investment by the New Zealand government.

“LanzaTech is one of the most exciting companies New Zealand has produced, with significant global potential,” said Nigel Gormly, New Zealand Superannuation Fund head of international direct investment. “We’re proud to continue the New Zealand connection and to be able to assist in LanzaTech’s ongoing growth.”

LanzaTech recently consolidated operations in Illinois and New Zealand by moving its headquarters to Skokie and into a US$500 million, 9ha bioscience campus that includes other biofuel companies.

Its first full-scale commercial operation, expected to be completed by 2016, will turn harmful greenhouse gases at a steel mill in China into more than 1.1 million litres of ethanol per year.

The residual gases produced by the steel industry contribute 5 to 6 per cent of global carbon dioxide emissions, or about 2 billion tonnes annually. The carbon monoxide produced is burned off, producing carbon dioxide, a greenhouse gas harmful to health and the environment.

LanzaTech’s microbe captures that gas and converts it into fuel before it has a chance to enter the environment.