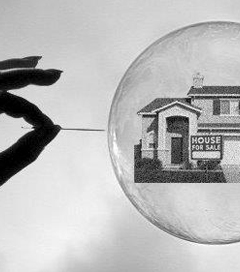 By the Pricking of my Bubbles …

The Reserve Bank’s new loan value ratios restricting bank mortgage lending has, it’s fair to say, got a mixed press back home. But internationally, the policy initiative is generating excited commentary about the correct way to tackle a housing bubble. Not since the bad old days of 1980s deregulation has New Zealand been so hip in global monetary policy circles.

“Perhaps the Federal Reserve has something to learn from the central bank of New Zealand,” is the opening line of Bloomberg’s adulatory piece titled: New Zealand Stops a Housing Bubble. Slate’s Moneybox blog is slightly less breathless but no less supportive in its, “The Right Way to Tackle Bubbles”.

Housing bubbles are a big concern. As we’ve seen in the US, Ireland and Spain, in particular, a burst housing bubble can threaten the financial stability of entire nations and even derail the global financial system.

When central banks proactively act, they do so by “pricking the bubble,” effectively raising interest rates and tightening the money supply. But this hurts families with mortgages and credit card debt, as well as squeezing the export sector because the currency almost always rises as a result.

The policy “is expected to reduce home sales by 5%,” explains Bloomberg. “That, in turn will keep house prices 1%-4% lower than they would otherwise be after two years.

Moneybox highlights how the policy avoids the collateral damage of unemployment and foreclosures, devastating events for working men and women.

Bloomberg: “Think of how much better off the US economy might have been if the Fed had tried that.”