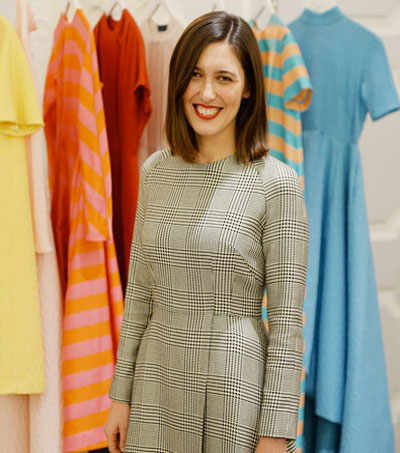 Business Is Booming in Made-to-Measure

When Kate Middleton first started stepping out in New Zealander Emilia Wickstead’s ladylike pastel concoctions, it’s fair to say that most of the fashion world’s reaction was: “Emilia … who?” the National’s Libby Banks writes. It didn’t take long for Wickstead’s creations to catch on; the designer has injected the made-to-measure world’s rarefied confines with a fresh and modern energy, aided along the way by her photogenic fans.

Wickstead spent her formative years in Milan before putting down roots in London, where she launched her eponymous label in 2009. She developed her skills from an early age; her mother ran a bespoke dressmaking service in Auckland.

Wickstead is tight-lipped about her clients, especially when quizzed about her most famous fan. “I’m just so thrilled whenever I see my clothing on clients and friends,” she says.

The duchess isn’t her only high-profile client; Diane Kruger is a fully paid-up member of the Wickstead fan club, and, at this year’s Golden Globes, Caitlin Fitzgerald wore a cornflower blue, high-low hem Emilia Wickstead gown, a dress that earned Fitzgerald a place on just about every best-dressed list.

Business is booming, and Wickstead has expanded her repertoire to include seasonal ready-to-wear collections, stocked everywhere from ALOthman and The Art Of Living to Selfridges and Net-a-porter. But despite earning the patronage of fashion’s upper echelons, Wickstead has no plans to deviate from the personal approach that is at the root of her label.

“The made-to-measure and bespoke is the heart and soul of my business – without this first chapter, how would I know what my clientele truly wants?”