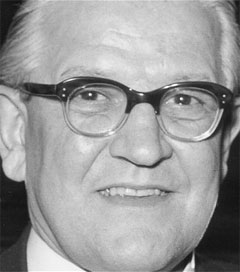 Building on the Holistic Work of Esteemed Surgeon

British scientists are looking to the work of New Zealander Sir Archibald McIndoe, hoping to find ways to help burns victims regenerate new nerves and skin so that they are only left with minimal scarring. The late Sir Archibald pioneered treatments for World War II burns victims. Researchers, led by Anthony Metcalfe, professor of burns and wounds at the University of Brighton and director of research at the acclaimed Blond McIndoe Research Foundation, are now looking into ways to restart the process. The foundation, based at the Queen Victoria Hospital in East Grinstead, West Sussex, has spent more than 50 years pioneering research into wound healing and reconstructive surgery. The hospital was where the late Sir Archibald treated World War II burns victims and where the famous Guinea Pig Club, made up of patients who underwent experimental plastic surgery, was formed. Scientists aim to build on the work of Dunedin-born Sir Archibald, who died aged 59 in 1960 – one year before the opening of the Blond McIndoe Research Foundation. “We intend to take hold of his legacy and, using modern regenerative medicine techniques, develop new approaches to scar reduction in burns and wound healing and develop techniques to regenerate skin,” Prof Metcalfe said. “As an innovator himself, Sir Archibald developed the groundwork of modern plastic surgery techniques and was probably one of the first clinicians to see the power of interdisciplinary approaches. Extensive burns injuries and the subsequent scarring that occurs creates not only physical problems for the patients, often requiring continued surgery, but there is a psychological impact that Sir Archibald recognised. We want to develop the holistic approach that he pioneered, using patient participatory research programmes, to gain a much better understanding of the impact of such injuries to patients’ lifestyles.”