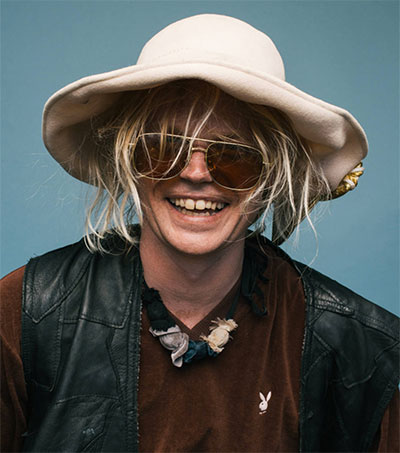 New Zealand singer-songwriter Connan Mockasin will head to Brazil in November after the release of two new albums in October.

“There were some invitations to go, some almost came to fruition, but now it is [happening]. I have not done many tours in the last few years,” Mockasin told Brazil’s O Estadão de S. Paulo newspaper by telephone from Los Angeles, where he lives.

Born in Te Awanga, the musician grew up in an artistic family – his father, singer, participates in songs on the new album – and discovered Jimi Hendrix in the house’s record collection. He learned to play the songs and as a teenager he formed a local band.

In his early 20s, he moved to London to pursue a career in music. “But I hated the industry and the way things worked,” he says. Thinking of giving up, listening to maternal advice to record an album: Forever Dolphin Love came out in 2011, after an amateur version, to very positive reviews considering it was a debut.

“The title track – all 10 minutes and four seconds of it – is the album’s deliriously comatose highlight, a rusty motorik giving way to a kooky, faux-naif, head-sticking hook,” Pitchfork was saying at the time, underscoring the languishing of the recordings.

In 2013, he wrote and produced Caramel, his second album, alone in a hotel room in Tokyo. James Blake, Vince Staples, Dev Hynes, Mac DeMarco and MGMT are among the other names that Mockasin has teamed up with in recent years.