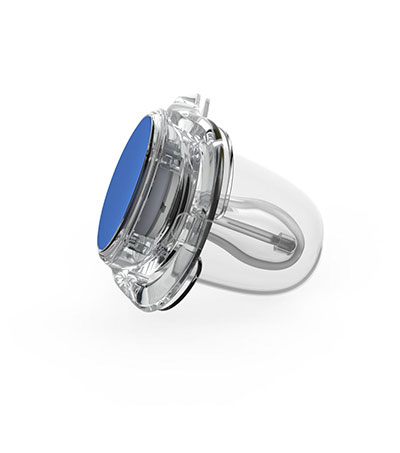 Co-founder of UK-based Blue Maestro, New Zealander Kirstin Hancock knew from experience that attempting to take the temperature of a poorly child is no mean feat – whether you’re using an in-the-ear thermometer or trying to keep them still long enough to read a forehead strip. Hancock had that in mind when the company came up with the Pacif-i, a dummy that also doubles up as a thermometer.

Hancock had not long begun making Bluetooth environmental sensors when her one-year-old daughter fell ill in 2012.

“I was having a moment of parental despair where I couldn’t take her temperature at all, she was having fits and seizures and had very high temperatures,” she told BusinessCloud.

Unable to find anything similar online, Hancock decided to make her own. “I needed something that was really easy to use that wouldn’t disturb and upset her,” she says.

The Pacif-i’s appearance at the Consumer Electronics Show 2015 in Las Vegas saw it singled out by Time magazine. “I knew it was a great idea but that gave us validity,” Hancock says, and, in January 2016, the £33.33 dummy began shipping worldwide.

The Pacif-i can be used as a regular dummy or given when a child is ill, with temperature automatically recorded and registered on its accompanying app. It means worried parents can take a reading while the child is asleep without disturbing them and an accurate list of temperatures, with time and date stamps, can be shown to a GP.

“At the moment you ask the app to take the temperature but the next version will have a continuous mode on it,” says Hancock, who won the peer-to-peer award at Innovate 2016, organised by Innovate UK.

The Pacif-i is just one of Blue Maestro’s products, which include data logging sensors and a mini weather station, and Hancock says others aimed at families may follow.