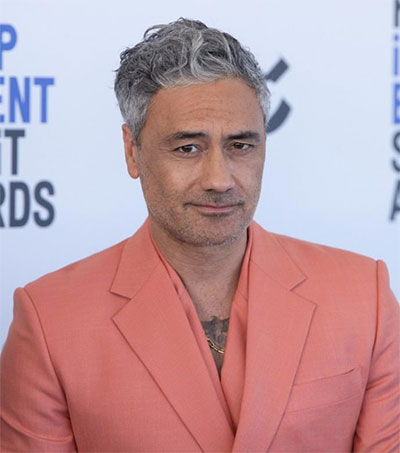 “You can tell that a film was made by Taika Waititi the same way you can tell a piece was painted by Picasso,” Cohen explains. “Not in that he doesn’t know where on the face the eyes go, but in how he expresses his unique voice. The first work of Taika’s I saw was the 2014 mockumentary What We Do in the Shadows – a movie that could have been a disaster, but was amazing. It was brilliantly comic yet somehow made me care passionately about the fate of a bunch of murderous vampires. So I set about trying to meet Taika and convince him to work with me, which he obviously refused to do.

“Now, having watched all his work, from Hunt for the Wilderpeople to Reservation Dogs, I’m really bitter. Taika has won an Oscar and made successful, hilarious, heartfelt movies. Yet he always brings to his work a light touch. He tells stories that are utterly watchable, even when they’re sad, or satirical. And they are always funny.”