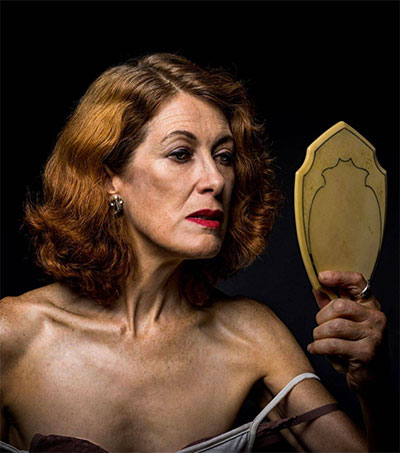 Germany-based actress New Zealander Dulcie Smart performs in the Berlin production of Blonde Poison, on until 3 October at the city’s Brotfabrik theatre.

In the one-woman play, Smart plays Stella, an older woman looking back at her life.

According to the theatre’s site, “guilt, denial and fear are layered with wit, grief, and love. Memory is interwoven with lies and false memories in an extraordinary monologue”.

The play is based on the true story of Stella Goldschlag, a Jew who betrayed other Jews to the Gestapo.

A teenager at the time when Berlin was ordered to be ‘judenrein’, or Jewish-free, Goldschlag initially went into hiding with her parents, but a friend betrayed her, and she was imprisoned, tortured and kept in solitary confinement. She escaped twice but eventually made a deal in the hope that it would stop the torture and save the lives of her family.

Smart said in a trailer of the show that it was amazing to play such a complex woman.

Smart began her career in Wellington playing lead roles in Shakespeare and Chekhov as well as in contemporary dramas. She is one of Germany’s top English-language voice actors.