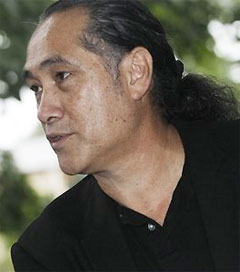 New Zealander Lemi Ponifasio’s dance works have been acclaimed by critics as nothing short of revelatory, spiritual, even. The self-taught choreographer’s productions, starring Polynesian dancers, have been staged to critical acclaim across the world, none more so than Birds with Skymirrors, Ponifasio’s movement-based exploration of climate change conceived on the tiny, low-lying island republic of Kiribati. Next month, three years after that work wowed audiences at its premiere at the Theater der Welt festival in Germany, Birds will wing its way to Australia. Ponifasio refuses to be pigeonholed in terms of Western ideals of art. “I am not so interested in dance. It’s not a Samoan word,” he says. “For me, movement is the beginning of the dance, not the dance itself. It’s more about one’s consciousness – what you are activating when you dance.” After Australia, Birds with Skymirrors travels to Canada in late May.