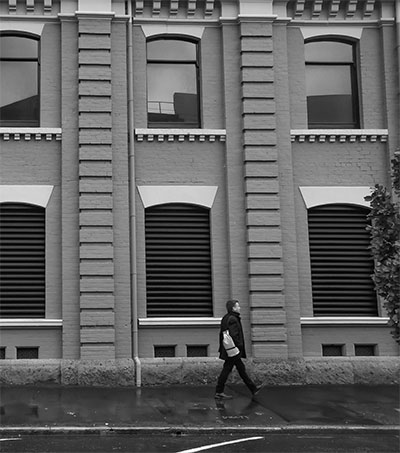 Ten New Zealand features and shorts including a record number by female directors will screen in official selection at the Berlin International Film Festival in February while two will feature at the SXSW Festival in Austin, Texas in March.

Written and directed by nine Pacific women and filmed in seven different Pacific countries, Vai will open the Berlinale’s NATIVe section and will then have its North American premiere at SXSW.

Produced by Waru’s Kerry Warkia and Kiel McNaughton, Vai chronicles the journey of empowerment through culture over the lifetime of one woman, Vai, played by a different Indigenous actress in each of the Pacific countries.

Co-directed by Julia Parnell and Rob Curry, The Chills: The Triumph & Tragedy of Martin Phillipps (pictured) will have its world premiere in the Austin festival SXSW’s 24 Beats Per Second showcase.

Produced by Nicola Peeperkoorn, Tim Riley and Parnell, the feature documentary follows Phillipps and his band The Chills as he fights his creative demons, conquers the music world, inspires a generation and then retreats into depression and addiction.

Phillipps and his band will perform at SXSW music festival, which runs concurrently with the film festival.

In Berlin two New Zealand-made short films, Hush and Ani, both directed by women, will screen in competition in the Generation section.

Among the other New Zealand titles in the NATIVe section is For My Father’s Kingdom, produced by Sandra Kailahi and Vea Mafile’o and directed by Mafile’o and Jeremiah Tauamiti.

Congratulating the filmmakers, New Zealand Film Commission CEO Annabelle Sheehan said: “The Berlinale is such a significant festival and a great platform for introducing New Zealand voices to European audiences. That this year’s selections include so many women and indigenous filmmakers is truly exciting, given the focus that our organisation and the wider film industry has placed on reaching gender equality and reflecting true diversity.”