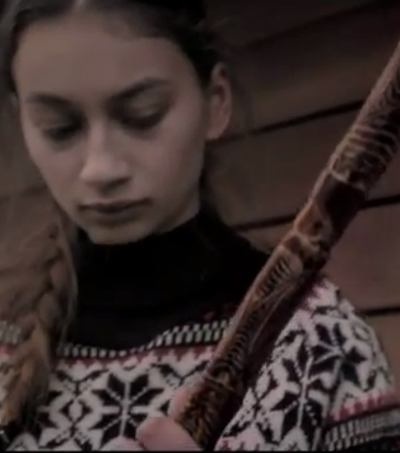 “A fascinating glimpse into New Zealand’s contemporary Maori community, Waru brings a sense of dramatic, urgent realism to a story that plays out like a suspenseful mystery,” writes Deborah Young in an article for The Hollywood Reporter.

“Eight women directors from New Zealand each direct one chapter, centered around the funeral of a Maori child we never see, who has apparently died from parental neglect and possibly abuse.”

“There are passels of non-intersecting characters to follow and the stories go off in unexpected directions, but they all boil down to the same basic question: What social circumstances are behind the tragedy?”

“Given the restrictive conditions set by producers Kerry Warkia and Kiel McNaughton, this could have ended up as a mere gimmick film,” writes Young.

“Each segment had to be shot in one single 10-minute take, telling the story in real time, and directors were allowed only a single day of shooting. Also, each vignette had to take place at the same time, 10 a.m.”

Each story’s protagonist is “a Maori woman who reacts with anguish mixed with guilt and helplessness to little Waru’s death.”

“The key story recounts the funeral itself, called a tangi in Maori. As directed by Renae Maihi, it is a striking scene in which two elderly grandmothers, each from a different tribal group, contend for the body of their grandson. Anger and pride yield to tears and the sacrifice of one of them to help Waru find spiritual peace. The glimpses of ancestral traditions, like the crowns of leaves in their hair or the exchange of “a bone for a bone,” are riveting.”