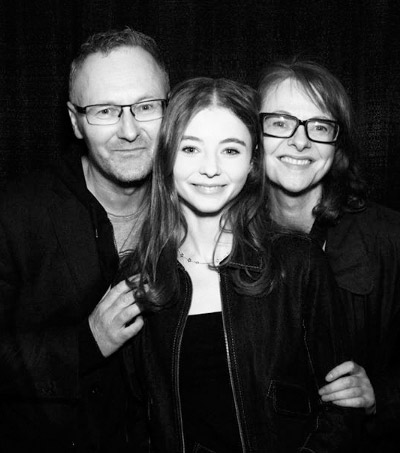 Thomasin Harcourt McKenzie has been named one of the five breakout stars of the Sundance Film Festival in an article in The Hollywood Reporter. The New Zealand actress is starring in Leave No Trace, directed by Debra Granik, who helped launch  Jennifer Lawrence’s career in 2010.

“It was an emotional & exhilarating night for our family at the Sundance premiere of Debra Granik’s quietly devastating #LeaveNoTrace starring @thomasin.mckenzie. There were few dry eyes amongst the capacity audience at the vast Eccles Theatre in Park City,” Thomasin’s father Stuart McKenzie posted on Instagram.

Reviews of the film have also started to appear online.

In the film, McKenzie plays 13-year-old Caroline, a young girl secretly living on a nature reserve near Portland, Oregon, with her troubled father (Ben Foster).

“When authorities evict them from their hidden world they embark on an increasingly erratic journey to find a place to call their own,” as reported on Stuff .

Hollywood Reporter list the below five actors as the breakout stars of the festival:

McKenzie has previously appeared in The Hobbit – Battle Of The Five Armies, and iconic Kiwi soap Shortland Street as Pixie Hannah