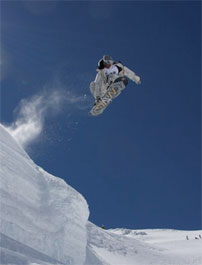 New Zealanders and Australians share a “friendly” rivalry until it comes to the snow, writes Rachael Oakes-Ash for The Age in an article comparing the two country’s ski fields. “More than one-third of the skiers and snowboarders taking to the slopes in New Zealand are Australian and that presence is growing. New Zealand has the longest vertical, a whopping 722m at Turoa ski field and the steepest pitch, at Treble Cone’s Motatapu Chutes, which require an avalanche transceiver and a notification to ski patrol that you are skiing them.” New Zealand is also a cheaper place to ski and has more terrain parks.