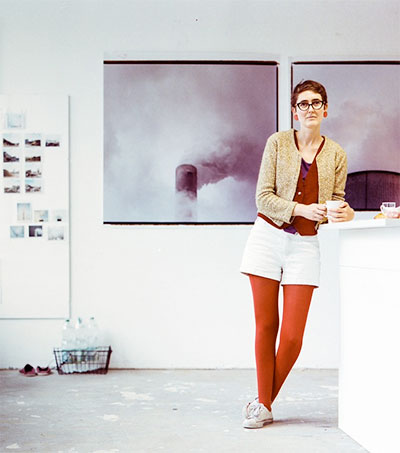 Berlin’s Galerie Pavlova Offers up Our Talent to Europe

Originally from Auckland, Michael Dooney has relocated to Berlin where he has opened Galerie Pavlova, a space dedicated to promoting photographers, like Conor Clarke (pictured) who are established in the Trans-Tasman region and developing their profiles overseas.

Dooney interviews Aucklander Clarke who has been living and working in the German capital since 2009.

Clarke shares a studio with fellow New Zealand fashion designer Sherie Muijs, and New Zealand/South African artist Nicky Broekhuysen who she met whilst completing her Bachelor of Fine Arts at Elam School of Fine Arts in 2005.

Clarke’s most recent series In Pursuit of the Object, at a Proper Distance is part of the group show Typologien and continues her exploration of the picturesque and fascination with the German Industrial Landscape.

“I started shooting towers in and near Berlin, actually I think I have probably shot every power plant in Berlin,” Clarke explains. “Then I started going to the larger lignite plants near Berlin, around Cottbus and Halle, in the east. That’s how I began, before I got the [Creative New Zealand] funding to head into the industrial west. Once you begin collecting anything it only encourages you to collect more, the pleasure of the chase is universal.”