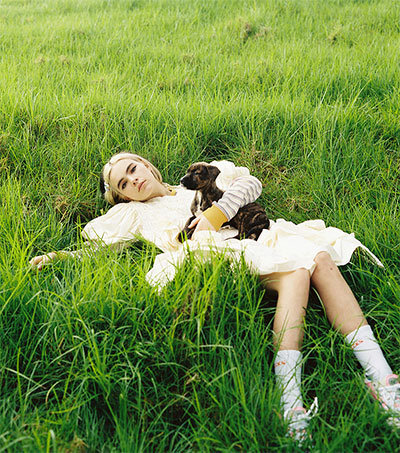 “It’s been a crazy few months, that’s for sure,” Benee tells NME. “Coming out of lockdown to play to 12,000 people in Auckland’s Spark Arena was mad. I want to celebrate, but given everything that’s going on in the world right now, you have to ask yourself – is this wrong?”

Benee is already ticking off major milestones that would leave even the most established of artists envious, O’Reilly writes for the music publication. That she has achieved such notoriety before releasing her debut album is testament to her prodigious songwriting talent. Many have been quick to compare her to fellow Gen-Z icon Billie Eilish.

O’Reilly writes: “Don’t be fooled by the sugar-sweet veneer of ‘Supalonely’ – Benee is a Gen-Z pop pioneer with serious intentions.”

Photo by Harry Were.