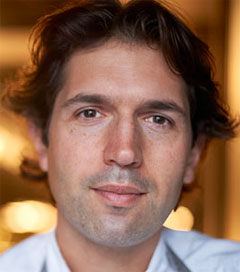 Taranaki-born chef Ben Shewry has been named Victoria’s best at the launch of The Age Good Food Guide 2014, with the Ripponlea restaurant he heads, Attica, also honoured. Attica was among four restaurants awarded the Guide’s highest honour, three hats.

The awards come after Shewry shot to international attention in April when Attica was “highest new entrant” in the annual World’s 50 Best Restaurants rankings, taking out position 21 on the coveted list. Good Food Guide co-editor Janne Apelgren said Shewry was at the top of his game, calling him one of the world’s most exciting and original chefs whose cooking had only improved since first taking out the Good Food Guide best chef award three years ago.

Apelgren said Shewry’s food was “beautiful to look at, and plain delicious too”.

“He’s now a global figure, respected by his peers, but happily, still cooking for Melbournians,” she said.

Shewry’s cookbook Origin: The Food of Ben Shewry was published in March this year.