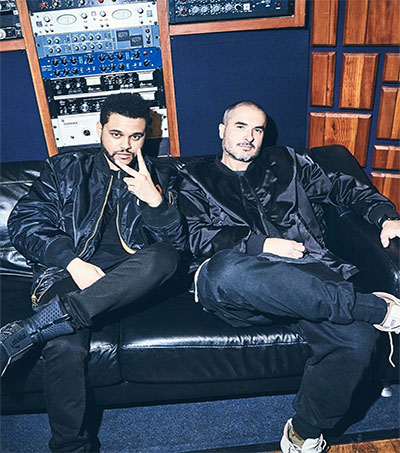 Zane Lowe talks like he’s rapping. No, really. The man’s words cascade from his mouth so quickly and smoothly that, at numerous points during our conversation, we expect him to slip into a full-on rap bar. Maybe it’s because Auckland-born Lowe began his career as a musician before shifting over to the business side of things. Or perhaps it’s because he’s so well versed on the subject that his wisdom just flows, like the lyrics to a well-rehearsed song.

Lowe, 45, has interviewed Drake, Lady Gaga, The Beastie Boys and the late Mac Miller, but while in Sydney last week, the Beats 1 DJ, let GQ interview him.

He was in town for the ARIA Awards, where he presented the ARIA for the Apple Music Best Album of the Year. But he was also on his annual pilgrimage Down Under, where he scopes out fresh Australian talent, many of which feature on the ‘New Australia’ segment of his Beats 1 show.

GQ managed to coax Lowe – who’s now based in LA where he records Beats 1 out of the Apple studios – into the hot seat so they could quiz him about his new music discoveries, the most memorable interview of his career (Lady Gaga? Meatloaf? Radiohead? Turns out it’s The Beastie Boys) and the changing nature of his purpose within the temperamental beast that is the global music landscape.

“As a radio DJ, what do you see your purpose as being within the industry’s current context?”

“That’s a good question. I had this real moment of clarity not too long ago, when I was having a moan to a friend about the fact I didn’t feel like I could control the records or create any excitement around new music like I used to,” Lowe responds. “And he said, ‘you’re missing the point. You’re not a DJ anymore, you’re a live streaming service.’

“I realised the ownership of music is gone. Then I really had to take a step back and go wow, we were lucky to have had that opportunity in the first place, it really should’ve always been the artists choosing where they put their music, and the fans deciding when and where and how they’d like to listen to it.”