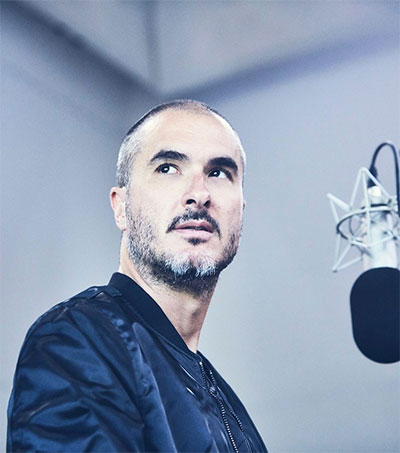 For music fans everywhere, Apple’s Beats 1 radio has become known as the definitive stop for breaking news of the musical variety. And it’s all thanks to the triumphant triumvirate of DJs who make it all happen: New Zealander Zane Lowe, American Ebro Darden and Briton Julie Adenuga.

Amazingly, this month marks the second year of their Beats 1 show, a true landmark given the incredible work they have managed to produce in just two years. To celebrate their anniversary, Highsnobiety spoke to all three of them for a retrospective look at their achievements with Beats 1 so far.

Highsnobiety journalist Jake Boyer asks what drew the trio to Beats 1 in the first place.

“The timing was perfect,” Lowe says. “There was an opportunity to move with music. It felt like music and its audience were heading into a place where On Demand culture was thriving and streaming was learning fast.”

“I’ve been blessed since I’ve been at Beats 1 to be able to interview and have an incredible amount of experiences in such a short amount of time.”

“She was in an incredibly honest and forthright mood and I found her to be a really compelling conversationalist,” he says.

“I’d probably say talking to Kendrick Lamar recently was one of the high points for me on an interview level. That was the first time to discuss in depth his craft and where his inspiration lies. That has gone down as one of my favourite interviews ever.

“When I found myself in a room with Drake and Oliver and Future for the first time, talking about what OVO SOUND Radio would feel like, that was only a few weeks after I arrived. That was a pretty mind blowing experience to have. I get that feeling every time I turn on Beats 1 and Mike D is doing a radio show or Lorde is taking over the station and playing in a personal and talking about us in a personal and engaged way. Every time something exciting happens on Beats 1 we get closer to our goal which is to be the ultimate clubhouse for artists to be able to express themselves and enjoy the process of sharing music and sharing information.”

Lowe, 43, has won the Gold Award in the Specialist Music Programme and Music Broadcaster of the Year categories at the Radio Academy Awards.

He is originally from Auckland.