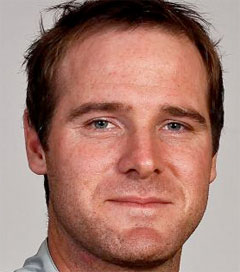 Currently plying his trade on native soil with the Central Districts Stags, New Plymouth-born How will board a flight to England in April ahead of a third spell with Kendal Cricket Club.

The right-hander played 19 Test matches with an average of 22.70, while racking up more than a thousand runs for the Black Caps in limited overs cricket.

But with these days seemingly consigned to the pages of history, How is determined to once again make a splash in all areas of Kendal club life.

“I don’t really have any international aims, I’m privileged to have had a lot of opportunities in the past and I think it’s the turn of the younger players to have a crack,” How said.

This year, How also become the second-equal highest scoring player to smash a double century in a List A clash, blasting 222 in 138 balls for the Stags against Northern Districts in the Ford Trophy.