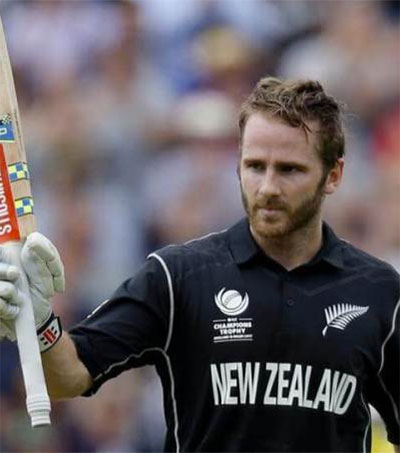 Batsman Kane Williamson on Track to Be World’s Best

Mr Williamson sits on his sofa at home in Tauranga trying to watch the television, circa 1993. He lobs a ball, which the child prodigy Kane carefully hits around the living room.

Around the world three other boys of almost the same age are likewise programming the synapses of their brains to pick up the trajectory and pace of a ball quicker than their contemporaries. The boy in Sheffield is called Joe, the one in Delhi called Virat, the one in Sydney called Steve. One of these four, in 18 months from now, will probably be crowned the world’s best batsman in succession to AB de Villiers.

Virat Kohli is aged 29, Steve Smith 28, a bit further down the track as batsmen and Test captains than Joe Root and Kane Williamson, who are 27. Williamson could be rated the outsider, partly because he bats at number three while the others prefer the softer option of four. But this race is no sprint; and Williamson is the calmest of the four personalities, perhaps partly because he lives in a country where cricket plays third fiddle to rugby, so he faces fewer media and public pressures than the other three. He is also the only New Zealander ever to have a Test average of 50 so he already has a proven technique when the ball moves sideways.

Williamson’s father had played club cricket with his brothers around Taupo before becoming a sales rep of office products and moving to Tauranga in the Bay of Plenty. The family home had a garden and driveway on which he could bowl to Kane, and over the back wall was his primary school (Steve Smith had a cricket ground behind his home in Sydney). One problem: no cricket pitch.

“I had my little miniature bat and probably drove my dad nuts,” Kane Williamson said in the modest, self-effacing manner that has never changed. “He’d sit there and watch telly, watching the news or something, and he’d be throwing me the ball and I’d hit the ball back on the full so he didn’t have to move off the couch.”

What drives him? “I do like to train and improve,” Williamson said. Batting coach David Johnston agreed: “Kane’s always competing with himself, not others.”

“But the older you get, you start to realise the importance of having time away from the game and putting it in other areas of your life,” Johnston said. “I really enjoy surfing – there’s no phone, no contact, you just get away from things, and when you get a nice wave it’s such a good feeling.” Surfboarding is similar to batting – you fall off, very publicly, and have to get back on.

When India tour this summer, it will be Kohli’s turn to present his case that he can cope with a moving ball in England, after averaging 13 in 2014; in the Ashes of 2019 it will be Smith’s turn. Williamson meanwhile, though only 27, will set the New Zealand record for most Test centuries if and when he moves ahead of Martin Crowe and Ross Taylor – and a century in what is likely to be a low-scoring Test in Auckland is liable to be a match-winner. Not so much jockeying for position, he is quietly moving up on the outside rail.

Williamson completed a New Zealand record 18th century on day two of the first Test against England at Eden Park on 23 March.