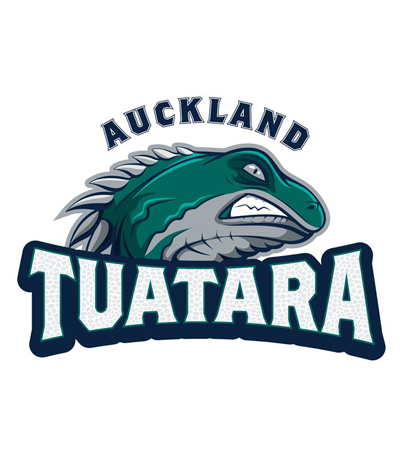 “New Zealand’s newest professional sporting franchise will share a name with the country’s oldest surviving species. “Baseball New Zealand have confirmed their entry into the Australian Baseball League has been dubbed the Auckland Tuatara”, writes Christopher Reive in an article for The New Zealand Herald. “Former Major League Baseball pitcher Steve Mintz is signing on to manage the side.”

“We are celebrating the resilience of the Tuatara as our oldest surviving species, and we want the team to mirror those qualities on the diamond,” said Auckland Tuatara board member Brett O’Riley.

“We intend to make an annual contribution towards Tuatara conservation through Auckland Zoo and global coverage of the team will raise awareness of New Zealand’s commitment to species protection.”

“Because their proposed permanent base at Albany’s QBE Stadium won’t be ready for the 2018/19 season, the Tuatara will host their 12 home games at Te Atatu’s McLeod Park in their debut season.”  “Their first home game will be played on November 22.”

“There is a tremendous appetite for professional baseball in New Zealand and we are delighted to be able to give Kiwi sports fans the opportunity to see it first-hand,” said Baseball New Zealand chief executive Ryan Flynn.

“The team was putting together a strong roster for their inaugural season, which will feature local talent as well as players from the United States, Australia, Japan, Korea and Taiwan” including  “seven-year MLB veteran pitcher Josh Collmenter and Kiwi infielder Daniel Lamb-Hunt”.