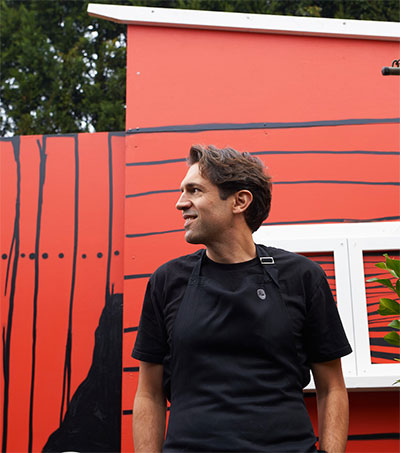 Bon Appétit called him an “international culinary darling”. David Chang called him a “lunatic”; probably the highest praise one chef can give another. New Zealander Ben Shewry’s Melbourne restaurant, Attica, is consistently rated among the world’s best and gourmands rave about the ingenious likes of Green Ant Pav, Marron in Kelp, Whipped Emu Egg and Deep-Fried Saltbush Leaves.

Shewry has brought a thoughtful but playful approach to fine dining, winning plaudits with his endlessly creative food that draws inspiration from native Australian ingredients.

After Attica was again awarded the highest possible honour, three chefs hats, at the Good Food Guide 2019 Awards, Shewry talked to CEO Magazine about the win, how his team keep the creative fires burning, the possibilities around working with indigenous Australian foods and some of the people who inspire him.

Shewry tells the magazine he and his team do a lot of research in preparation for new dishes.

“We discuss new ingredients we have found or researched, cultural aspects of Australian society that we are thinking about and changes that need to take place on the menu. We then have a list of preparations that we’re working on that aren’t dishes yet and another list of dishes that we’re working on, so it is broken down into these sections,” he says

“[We don’t have the] airs and graces of more formal countries like France or England. We’re a pretty relaxed nation. I like that our dining room, service style and food reflects who we are broadly.

“Also, this is a restaurant that a lot of people know, they’ve watched it on Netflix. So they come with high expectations and nervousness. That anxiety about the experience is not helpful to us being able to deliver that great experience. We want to disarm people and offer a super-professional level of everything but make it warm and friendly, like this is our home.”