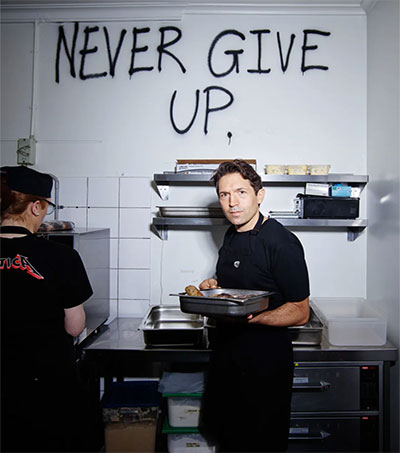 From creating A$310 degustation menus for international foodies to driving around Melbourne delivering takeaway lasagnes during a pandemic. Few in the restaurant game have upended their business as completely – and successfully – as Attica owner and head chef New Zealander Ben Shewry, Michael Harry writes for The Sydney Morning Herald.

Almost eight weeks after his famed agenda-setting restaurant was forced to close and an estimated 441,000 Australian hospitality jobs vanished virtually overnight, Shewry stands in the middle of Attica’s dining room dressed head to toe in black.

This is the staff room of Attica 2.0, which has gone from hosting the world’s most devoted foodies to delivering lasagnes, selling elaborate cakes, making emergency soup for unemployed overseas workers, hosting Instagram demonstrations and any number of other wild new schemes Shewry can think of.

He has taken on 10 extra casual staff from other restaurants to cope with demand since the crisis began, and has thus far not applied for the federal government’s JobKeeper assistance.

In a strange way, the virus has released him from the gilded cage of running one of the best fine dining restaurants in Australia. “There were things that I had maybe dreamed of doing in the past that I didn’t have the courage to do,” he says. “Now you have to roll the dice and do it, because if you don’t, you’re gone anyway. The writing is on the wall.”