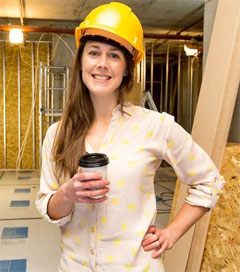 New Zealander Jodie Whitelaw, 33, will open the first Antipodean artisan coffee shop in the “Government and God” quarter around Victoria station in London of which the first stage of the “extraordinary overhaul, has been compared to the reinvention of King’s Cross”, the London Evening Standard reports.

Whitelaw said she had planned to set up Iris & June – named after her grandmothers – in Bloomsbury or Holborn but fell in love with the area around Victoria.

Whitelaw said: “There’s a real energy and optimism about the area, it’s really bustling. I felt the people I saw were the sort of people who understand and appreciate what we do and would like the shop.”

Iris & June is set to open in spring.