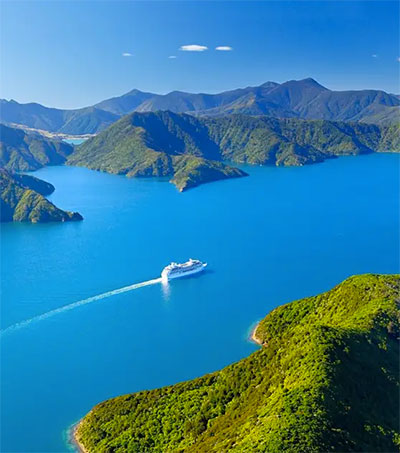 “We have just embarked on a week-long road trip through the South Island, which is nowhere near enough time to see everything,” Springer writes. “Stretching about 150,000sq km – roughly half the size of the UK – the South Island is a 13-hour drive from top to bottom without stopping.

“But you’ll want to stop … every five minutes. After all, this is a far-flung land of forested mountains, staggering cliffs, heroic fiords, inviting vineyards and countless winding roads. For starters, there’s the Lewis Pass in the north, which leads to hot springs retreats and oceanside viewing points for whale-spotting; the Lindis Pass in the centre, which cuts through spectacular mountains and lakes; and the Great Coast Road in the west, punctuated by gorges and glaciers.

“To see a fraction of what the South Island has to offer, you’ll need time and a car or a campervan.”

From north to south, Springer lists 10 of the “most striking natural wonders along the way”.