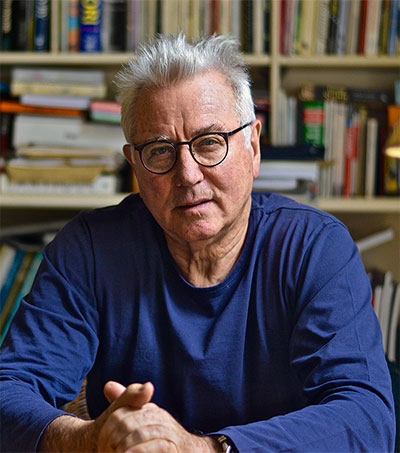 Seresin, 76, was appointed Officer of the New Zealand Order of Merit for services to both disciplines, with light being the unifying factor.

“From the moment you open your eyes, daylight affects moods and creates ambience,” says the septuagenarian when they meet in Seresin’s Maida Vale townhouse overlooking a titanic bay tree. Seresin Estate, Byde learns, was founded a quarter of a century ago in Marlborough and basks in unpolluted, “brutal light” compared with Europe’s “dust and clouds”. Resultingly, wines such as the territory’s world famous, screamingly juicy Sauvignon Blanc often taste vivid.

But as well as the brightness of day, Seresin craves the stories that exist in the shadows. “We all have phenomenal imaginations, but only use 5 or 10 per cent. When you look into shadows, your imagination goes to work … My nickname in film is Prince of Darkness.”

Referring to the depth of contrasts between light and dark in art, Seresin’s complex, textured ‘Chiaroscuro’ blends, unusually, Riesling, Chardonnay and Pinot Gris. Leah, which is named after one of his six children – “three of whom work in wine, while three drink it” – is a fine-spun Pinot Noir. Newly released Syrah is floral and irresistible. Seresin’s tannic handprint serves as winery logo.

He celebrates nature, believing the best wines aren’t a product of laboratories. “Rather than implement a calendar of applications by a chemical company, get your ass off the tractor and walk around and smell the air,” he says.