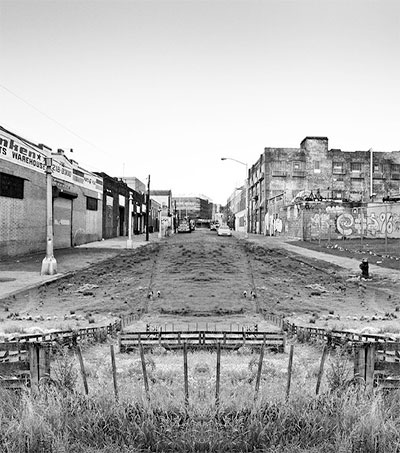 Four New Zealand artists will show their work as part of a group exhibition titled FORTY:67 at New York’s Artifact Gallery in Orchard Street on from 1 – 6 July.

The title of the show comes from the latitude of New York in the northern hemisphere (40:67), the same as New Zealand’s latitude, but in the southern hemisphere.

The featured works explore the shifting overlap between landscape and urbanscape; the intersection of these spaces is where the sombre urbanity of city life meets the abundance of New Zealand’s flora, an optimistic exploration of the natural world in an age of globalisation – a discordant harmony of city bustle and birdsong.

New York-based Nikki Clark is a photographer; her work integrates the speed and excitement of the city with the spiritual serenity that comes from growing up with the tranquil Whanganui River as a backdrop. A new landscape is created as the overwhelming pace of New York and memories of her homeland become interlaced and fluid.

As Clark states, “The works play on the polar opposites of these two environments connected by similarity in the power and ever-changing personality of both landscapes”.

New York State and New Zealand cover the same but opposite co-ordinates, which highlights the two places’ polarities in both physical and philosophical senses.