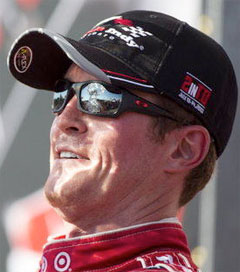 Another Win for IndyCar Racer Dixon in Canada

New Zealander Scott Dixon has won the 31st IndyCar race of his career with victory in the first of two street races in Toronto. The Honda Indy Toronto win has moved Dixon into a tie for seventh all-time with teammate Dario Franchitti, Sebastien Bourdais and Paul Tracy. Dixon will be trying to make it three in a row, just a week after picking up his first win of the season at Pocono in Pennsylvania. There’s a $50,000 bonus out there if he can sweep the Toronto doubleheader. “Yeah, you know, it sounds simple, right?” Dixon said. “But it’s not going to be. There will be people trying to mix it up; people who had a bad day today will be trying to make it up in race two.” Dixon posted the fastest time in the second round of qualifying at 58.9686 seconds, just finishing ahead of Target Chip Ganassi teammate Franchitti, who was second in 59.1905 seconds. Dixon, 32, earned his 19th career pole. Dixon became the most successful all-time driver in the Indy Racing League (IRL) championship in the United States when he won the Honda Indy 200 at Mid-Ohio in August 2009.