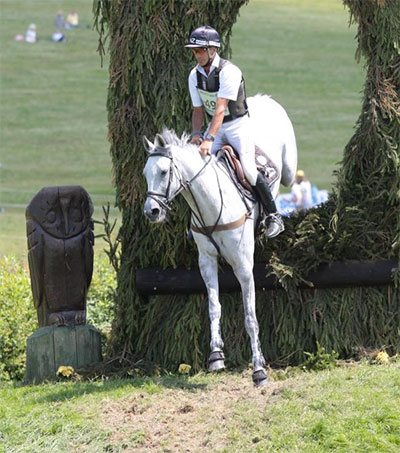 New Zealand eventer Andrew Nicholson has continued his Barbury Horse Trials brilliance with another victory in the event’s premier competition as Swallow Springs triumphed in the CCI 4* class, according to Swindon Advertiser sports reporter Harry Abbott.

It is the fifth time in eight years that UK-based Nicholson has won the CCI 4* event at Barbury, having also tasted victory on board Avebury for four years in a row between 2012 and 2015, Abbott writes.

In between those triumphs and his latest success, Nicholson also finished on the top step of the podium in the elite Event Rider Masters category at Barbury in 2016.“It’s great to win and Swallow Springs performed really nicely,” Nicholson said.

“I fell off him here last year going a bit too quickly trying to win things, but he has come back.

“The show jumping is always difficult and the cross-country is difficult because you have got an up-and-down terrain where you are trying to go fast.

“You know if you can do the jumping bit, you should be OK.”

It was a superb weekend for Nicholson overall as he also won the CCI 3* B section on As Is and finished fourth in the A section riding Andrea BT4.

Nicholson added: “It is always good to win here and the way the horses have gone this weekend has been very good. I’m very hopeful for the future with them.”

Nicholson was born in Te Awamutu.