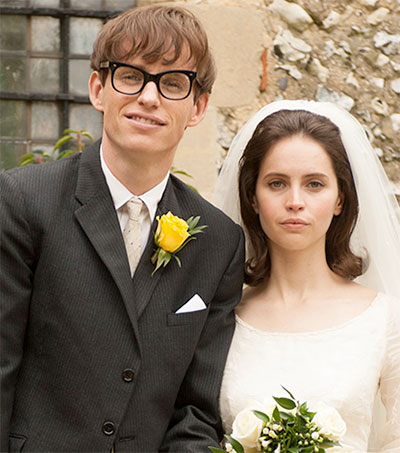 New Zealand producer and screenwriter Anthony McCarten discusses the difficulties in making a film about a person who is still alive. McCarten’s latest feature is a biopic about theoretical physicist Stephen Hawking, The Theory of Everything, which premiered at this year’s Toronto International Film Festival.

“For example, with The Theory of Everything, based on the book Travelling to Infinity, I wasn’t in the room. I don’t know what they said to each other. Between the known facts, I had to imagine the dialogue of a genius (and if you’re not a genius that’s a challenge).

“I did the best I could, and then I had the very encouraging news that when Stephen watched the final film – which comprises 95 per cent of dialogue invented by me and many scenes obliged by the demands of storytelling that never actually happened in quite the way I depict them – when the lights came up his nurse was wiping away a tear from his cheek. He started to write his verdict, and two words came out of that iconic machine were: ‘broadly true.’

“It was a really moving moment for me because, for 10 years, I’d had a vague sense of trespass, that I was on someone else’s property and hadn’t been invited. But with that endorsement, that feeling left me, and it was a considerable relief. And I think anyone working on real-life stories, whether they admit it or not, are yearning for that endorsement from the subject of their stories.”