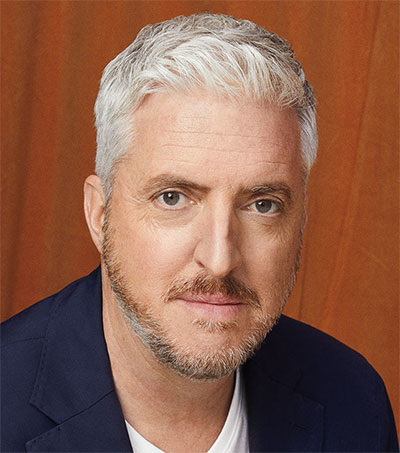 For the Oscar-nominated film The Two Popes, New Zealand-born screenwriter Anthony McCarten had to imagine what took place between Pope Benedict XVI and Cardinal Jorge Bergolio in the weeks before the latter became Pope in 2013: “It’s one of the more audacious works I’ve done.” McCarten discusses his writing process with Carita Rizzo from The Hollywood Reporter.

In Netflix’s The Two Popes, McCarten expertly choreographs a complex verbal dance between Pope Benedict XVI and Cardinal Jorge Bergoglio, the archbishop of Buenos Aires who would become his successor, Pope Francis, Rizzo writes. The intense and intellectual debate about the role of God and the church that takes place over the course of several days is a dialogue, let alone a premise, that even McCarten admits is presumptuous. “I’m speculating on what these two highly intelligent, articulate men might have said to each other in the privacy of these rooms,” he says. “Even the idea of them meeting and talking about the future of the church is something I’ve imposed on them. It’s one of the more audacious works I’ve done.”

McCarten is no stranger to putting words into the mouths of some of the most brilliant minds of the past century. For The Theory of Everything, McCarten adapted Jane Hawking’s book about her marriage to scientist Stephen Hawking, a film that garnered Eddie Redmayne his first Oscar nomination and win. Two years later, his screenplay for Darkest Hour, the Winston Churchill biopic detailing his early days as prime minister during World War II and the War Cabinet Crisis of 1940, netted an Oscar for Gary Oldman. And last year, Rami Malek’s performance of McCarten’s words brought him the Academy Award for his portrayal of Freddie Mercury in Bohemian Rhapsody.

But few projects have felt as personal to the 58-year-old McCarten as the one examining the state of Catholicism in the 21st century. “I’m not often aware what’s driving my curiosity, and usually, in the process of writing, the source of it slowly dawns on you. In this case, I think it went back to all my years in church when I was an altar boy,” says McCarten, one of seven children raised in an intensely Roman Catholic family in New Plymouth. “When I was a teenager, I lost interest in the Catholic Church, but working on this particular movie has revived my interest in the institution. I think its fate is an analogy to society at large, and that if it can correct itself and be more admitting of its faults and do more to correct its failings, then there will be hope for society at large.”

With six novels translated into 14 languages, two nonfiction books, eight screenplays and 13 plays, the past four decades have been prolific for McCarten. It is his recent accolades, however, that now make him a bona fide hitmaker.

He is currently working on writing a Broadway musical about Neil Diamond.