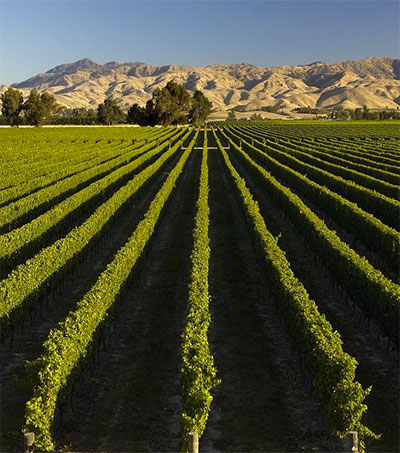 Americans are falling in love with pricey New Zealand wines at the expense of cheaper vino from Australia and Argentina, according to a Bloomberg report.

The value of New Zealand wine shipped to the United States jumped 11 per cent last year to $400 million – the biggest gain among the top eight importers – and exceeding Australia’s earnings there for the first time, according to figures from Gomberg, Fredrikson & Associates. Australian shipments dropped 8 per cent and Argentina’s fell 4 per cent.

New Zealand is reaping dividends from pushing quality wines at higher prices to the lucrative American market, where drinkers are becoming increasingly discerning. Exports to the US have doubled in the past five years, making it the largest market for producers like Constellation Brands, whose Kim Crawford sauvignon blanc is the No 1 seller in the US.

“We are seeing newer generations who have grown up around wine, and are more comfortable around wine, graduating to more expensive wine earlier in their drinking lives than the baby boomers ever did,” said Marc Soccio, a Melbourne-based analyst at Rabobank, who helps produce a quarterly report on the wine industry. “These trends have naturally played into the hands of a country like New Zealand.’”

The volume of New Zealand wine imported into the US last year rose 14 per cent to 7.3 million cases, while Australian imports fell 11 per cent to 16.7 million.

“Not only do people want to drink more expensive wines, but they enjoy the style of wines that New Zealand produces – fresher, fruitier, more delicate, a little lighter,” Soccio said.