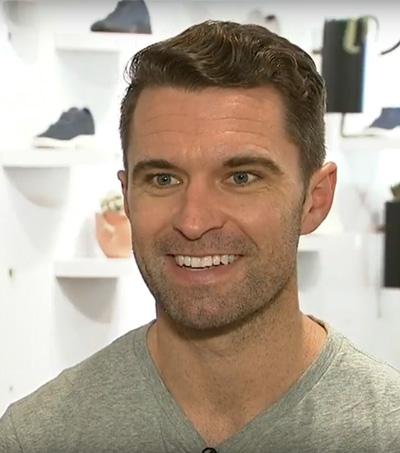 Allbirds, How To Take A Leap Of Faith To Success

Former professional soccer star Tim Brown “was troubled by what he felt was a lack of sustainable practices in footwear materials and manufacturing,” as well as “the over-the-top nature of the branding landscape itself. And he wanted to change all that,” reports Paul Earle for Forbes. But when he first pitched his idea – of a hybrid runner made almost entirely out of wool – “as a an exchange student in the New Venture Discovery class at Northwestern University’s Kellogg School of Management, clinical professor and venture capitalist Carter Cast had a few concerns.”

Ultimately “Cast believed in Brown as a principled business leader, and encouraged him to follow his passion,” which is what “Brown did, forgoing other opportunities (such as competing on the Olympic soccer team for his native New Zealand),” writes Earle.

“This embryonic idea became Allbirds, which struck a nerve in popular culture almost instantly after its launch in 2014, and today is one of the hottest lifestyle brands in the United States. It was named by Time as the “world’s most comfortable shoe,” writes Earle.

“But were it not for a leap of faith, Allbirds might not have even survived as an academic project.”

“Faith in any context must have at least some grounding, of course,” writes Earle. “In the case of Brown and co-founder Joey Zwillinger, their faith in their idea emanated from a belief that if they made “better things, in a better way,” success would follow.” Allbirds is intensely purpose-driven.

When visiting Brown and the Allbirds team at their headquarters in San Francisco, Earle also made some other observations about what is making them so successful, as reported in the article.

The company operates with a radical consumer focus and aims to deeply understand their fans.

“Team first. The human energy at Allbirds is palpable, and it’s driven by a true egalitarian sense of mission and team. Everyone, for example, takes turns as the receptionist in the lobby,” writes Earle.

Less is more. In Allbirds’ case, they do simple well. Simple applies to almost every element of the Allbirds brand and operations including the product design and the sourcing guidelines for materials.

Have some fun. “There is a twinkle in the eye throughout the entirety of the Allbirds experience, from the animated sheep embedded in the confirmation email following an order, to the name itself,” writes Earle.