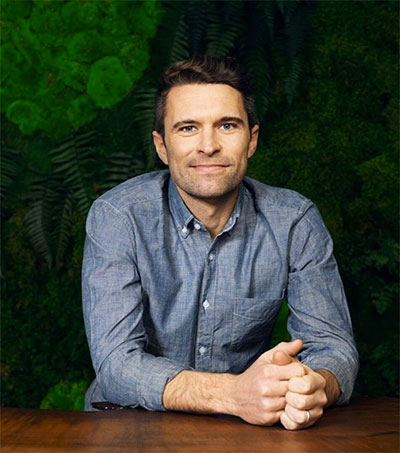 New Zealander and former pro soccer player Tim Brown hung up his cleats in 2010 after going to the World Cup. His next move surprised everyone: He set out to make simple shoes that looked nothing like the ones he was paid to wear as an athlete. In an interview with Inc. magazine, Brown, and co-founder American biotech veteran Joey Zwillinger, describe how after eight years and many prototypes, Allbirds has become a cult brand – especially in Silicon Valley – by keeping things simple.

“Part of my job as a pro soccer player was to wear sponsored sportswear and footwear from the big apparel companies,” Brown explains. “My initial insight was that footwear had become overdesigned, over-logoed, overly bright – and you’re overwhelmed by the amount of choice. So the early idea was: make a very simple silhouette – the simplest sneaker that you possibly could.

“I found a factory literally on the internet while I was still playing. Going into my first factory led to insight No 2: footwear is an old-fashioned industry that is very cost conscious, so it tends to default to cheap materials and less-than-thoughtful manufacturing. The innovation alarm went off. There was a huge unexplored opportunity in natural, sustainable materials starting with wool, which is abundant in New Zealand. With a grant from a New Zealand farm funding body, I developed the first textile but I had no sense of how hard this would be to pull off.

“Everything we do is about simplicity. We like to say that we want to design the right amount of nothing in our shoes. We also launched with only one shoe style direct to the consumer, which by the way, is absolutely not how you launch a shoe brand. When you’re taking away everything, there’s a focus on form and there’s nowhere to hide, so you have to get the silhouette right. It was an exhausting process – and it wasn’t right up until it was right.

“This focus just isn’t going to change. It took us over a year to launch a second style. Another year passed before we came out with our eucalyptus pulp shoe, the Tree Runner, which was a response to consumer feedback about wanting a warmer weather shoe. You can already see from that cadence it’s been incredibly deliberate. That discipline has been a key part of our success and we don’t want to lose it.”