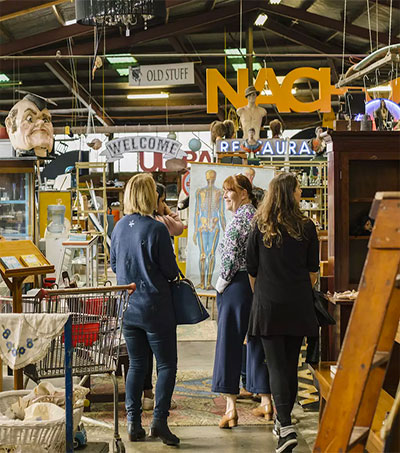 “Already a hotspot for adventure tours (bungee jumping was invented here, after all), New Zealand will now play host to more than 100 Experiences. Sound familiar? Airbnb tested Experiences in the city of Queenstown in January 2017 before announcing a countrywide expansion last week.

“So what exactly can you do? You can join a local maître d’ on a culinary tour of Wellington’s restaurant-packed Cuba Street. There’s also a six-hour fly fishing adventure outside of Queenstown. (Your host, Declan, even has a magic show you can book.) Want an unforgettable souvenir? Take a night photography class in Muriwai for your own gallery of star shots. If you don’t have time to hit up Hobbiton, go to Weta Workshop in Wellington instead: there, you’ll see the props and creatures the special effects company built for The Lord of the Rings, District 9, and The Chronicles of Narnia, and get a hands-on sculpture class to build your own. You can also ride a penny-farthing bike if you so choose.

“Before you worry about these locals’ actual qualifications, know that not everyone can lead an Experience. Each Experience and host is vetted by the company to ensure that you can’t get that same level of experience elsewhere. Hosts are tested on their hospitality, knowledge of what tour they want to lead, and the insider access or knowledge of hidden spots travellers usually miss (like along Auckland’s back-alleys) before being approved to lead Airbnb Experiences.”