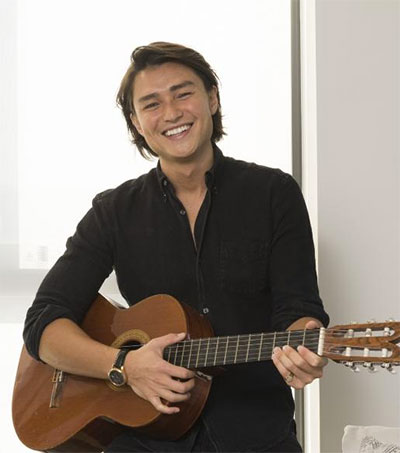 For a New Zealander who has lived, worked, studied, and travelled abroad, Neighbours star Tim Kano, 29, is happy to call Melbourne home, Catherine Nikas-Boulos writes for the Daily Telegraph.

The former Wellingtonian, who plays twin Leo Tanaka in the long-running soap, now lives in Collingwood. He tells the Telegraph about his favourite thing, his political science degree and his Japanese heritage.

Kano spent part of his youth in Tokyo, where he lived with his Japanese father Fujio, New Zealand mother Sue, and sister Maya. Upon returning to his birth land, modelling and acting gigs kept him busy, but he did manage to squeeze in media and film studies in New Zealand, before switching back to Tokyo to take up a political science degree.

“Getting into politics was a big goal for me, and when I returned to New Zealand I worked for MP Chris Carter for a year, before he was offered a job with the UN in Kabul,” Kano says.

“It was such a fantastic experience working with all the constituents.”

“He passed away a couple of years ago, so it’s very special to me. I come from a musical family and I always played the guitar growing up. This guitar is part of my home but it’s easy to travel with as well.”

Kano is best known here for his two seasons of Reservoir Hill, an interactive drama that won New Zealand’s first Emmy Award. In Australia, he has had roles in the movies Holding The Man, Berlin Syndrome and television series Winners And Losers.