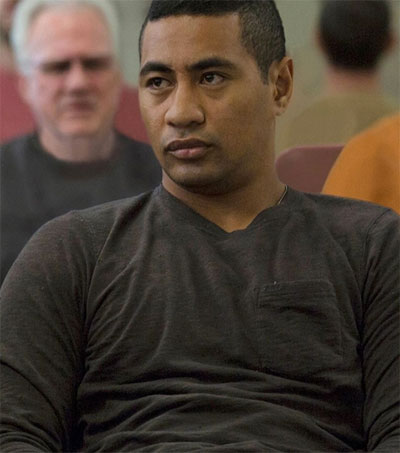 “Miles Teller hits the true note, and so does the rest of a superb cast [including New Zealand-born Beulah Koale], in a drama of Iraq War veterans that sidesteps all the coming-home clichés,” Variety’s Owen Gleiberman writes in a review of Thank You For Your Service.

“Thank You For Your Service [is] an engrossing eye-opener. The movie, adapted from the 2013 non-fiction book by David Finkel, follows several members of the 2-16 Infantry Battalion after they return home from Baghdad in 2008.

“What happens to them conforms to some of the basic tropes of the veteran experience (yes, there’s a wall-punching scene). But most of it is avid and surprising, and honestly moving, because the film refuses to hype what it shows you.

“Tausolo ‘Solo’ Aiete (Koale), [plays] an American Samoan soldier who’s desperate to be drafted into another tour of duty, because the Army is the most solid place he’s ever known. Many films have portrayed characters who are war junkies, but rarely has there been one as vulnerable as Solo.

“Koale has a thick build and a stare of terrified nobility, his lips curling with neurotic self-doubt. Solo’s memory is shot (he can barely remember that it’s Wednesday), but that’s because, on some level, he needs to blot everything out. He’s the film’s resident druggie, but the ones he’s on are pharmaceutical – a soul-numbing cocktail of daze-inducers like Klonopin – and the look on Koale’s face is the most poetic thing in Thank You for Your Service. He’s a heartfelt warrior with a piece missing.”