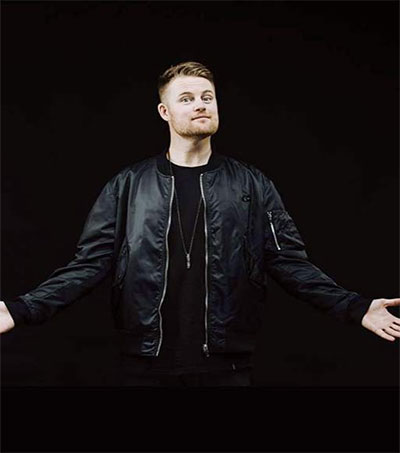 New Zealand-born DJ and producer Oscar Davey-Wraight, who performs as Opiuo, solidified his place in the annals of Colorado music history last April with a groundbreaking and by-all-accounts epic one-night performance with a 20-piece orchestra at Red Rocks Ampitheatre. Opiuo returned to Colorado this month for something like a victory lap, playing four shows at intimate clubs and theatres across the state.

April’s meticulously composed performance – released later as a live album – to a sold-out and freezing crowd at the vaunted Colorado venue became one of the most talked-about and acclaimed concerts of 2018.

Davey-Wraight said that Red Rocks was the only place he wanted to stage this monumental crossover event.

“It’s the most iconic venue in the world,” he said.

The Red Rocks performance was a feat of composition, conducting and EDM production, with Opiuo at center stage behind his DJ console and surrounded by an orchestra.

“It took months and months to figure out if it was even going to be possible,” Davey-Wraight said.

He broke down songs from his catalogue and rewrote them with the orchestral parts, rather than simply adding some live strings and woodwinds on top of his electronic performance.

After triumphs like that night and sets at some of the biggest music festivals on Earth, Davey-Wraight said he loves returning to smaller rooms.