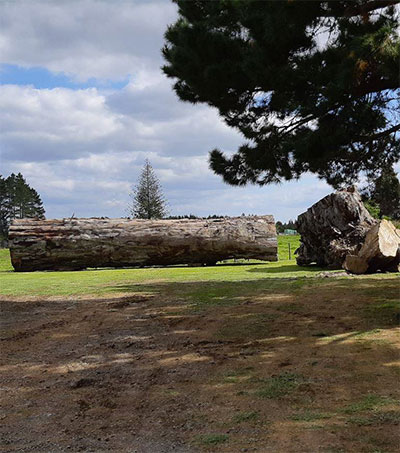 A 40,000-year-old 60-tonne kauri log discovered during excavations for a new power station in Ngāwhā could explain a mysterious global event, which may have dramatically changed the Earth’s climate.

Scientists in New Zealand believe the log could hold the answers to the ancient Laschamp Event – where the Earth’s north and south poles switched with each other 40,000 years ago.

The log was found 9m beneath the surface in the tiny Northland settlement in February, and was handed over to local Māori last week after a major excavation operation.

Top Energy, the company building the power station, began earthworks in 2017 and had excavated 900,000m3 of soil before stumbling across the 16m log.

Scientist Alan Hogg, from Waikato University, determined the tree dates back to 40,500 years ago.

It was not known exactly when the reversal occurred but it was thought to have been about 41,000 years ago.

“This tree is critical, we’ve never found one of this age before,” Hogg says finding the tree was a stroke of luck which will play a huge role in future research.