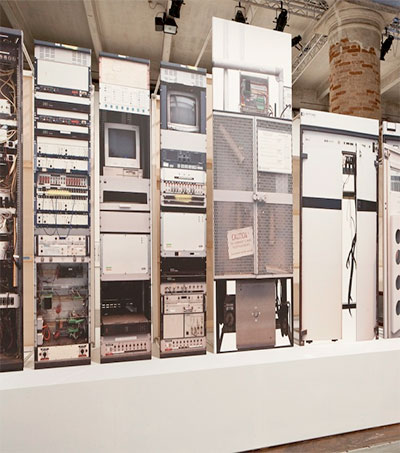 Sculptor and installation artist Simon Denny, 32, has been selected to represent New Zealand at the 2015 Venice Biennale, which runs from 9 May to 22 November.

“Simon Denny is one of the most high-profile New Zealand artists working internationally. His intelligent, challenging work is characterised by its fascination with technological advancement and developing modes of communication. We are confident his project will be relevant and compelling,” New Zealand Commissioner for the 2015 Venice Biennale Heather Galbraith says.

Born in Auckland in 1982, Denny is now based in Berlin. He studied at the Elam School of Fine Arts and at Frankfurt’s Städelschule, graduating in 2009. He was included in the 2008 Sydney Biennale and the 2009 Brussels Biennale. In 2012, he won the Baloise Art Prize at Art Basel. He was the only New Zealand artist invited to exhibit in the curated show at the 2013 Venice Biennale. This year, he is a nominee for New Zealand’s Walters Prize (he was also nominated in 2012).

Denny’s work has explored the culture of internet-technology firms, technological obsolescence, corporate culture, and contemporary constructions of national identity. He is interested in innovation as a driving force in business, in the rhetoric of Silicon Valley and tech start-ups, in technology’s role in shaping global culture and in the ways information is controlled and shared. He explores these ideas in installations that combine sculpture, graphics, and moving images.