Some years ago I had a ring from Saatchi & Saatchi chief Kevin Roberts, a man I’ve always found to be inspirational, generous, and unflinchingly courageous. Seems a New York friend of Kevin’s, a guy called John Wareham, had run into a problem on our local shores. Back in New York, John had created and run a highly successful prisoner rehabilitation programme in maximum security prisons for twenty years. John had also just published a book on that whole subject, ‘How to Break Out of Prison.” Kevin had arranged for John to run a weeklong teaching gig at Waikeria Prison. But, hardly had John stepped off the plane in Auckland, than a bewildered senior Waikeria prison manager took that book title literally and cancelled the gig. Don’t let that person near the Bible. Anyway, I got that Saatchi call to see if I could put John’s time down here to good use. Brian Sweeney of SweeneyVesty and publisher of NZEDGE.COM suggested the connection. He knew Kevin, John, and me. So, I recruited a group of former prisoners and invited John and his wife Margaret to meet them in my home at Pa Waiohiki, Taradale. John did his thing and I saw the nod-meter going in his audience. He passed the test. We were going to work together. 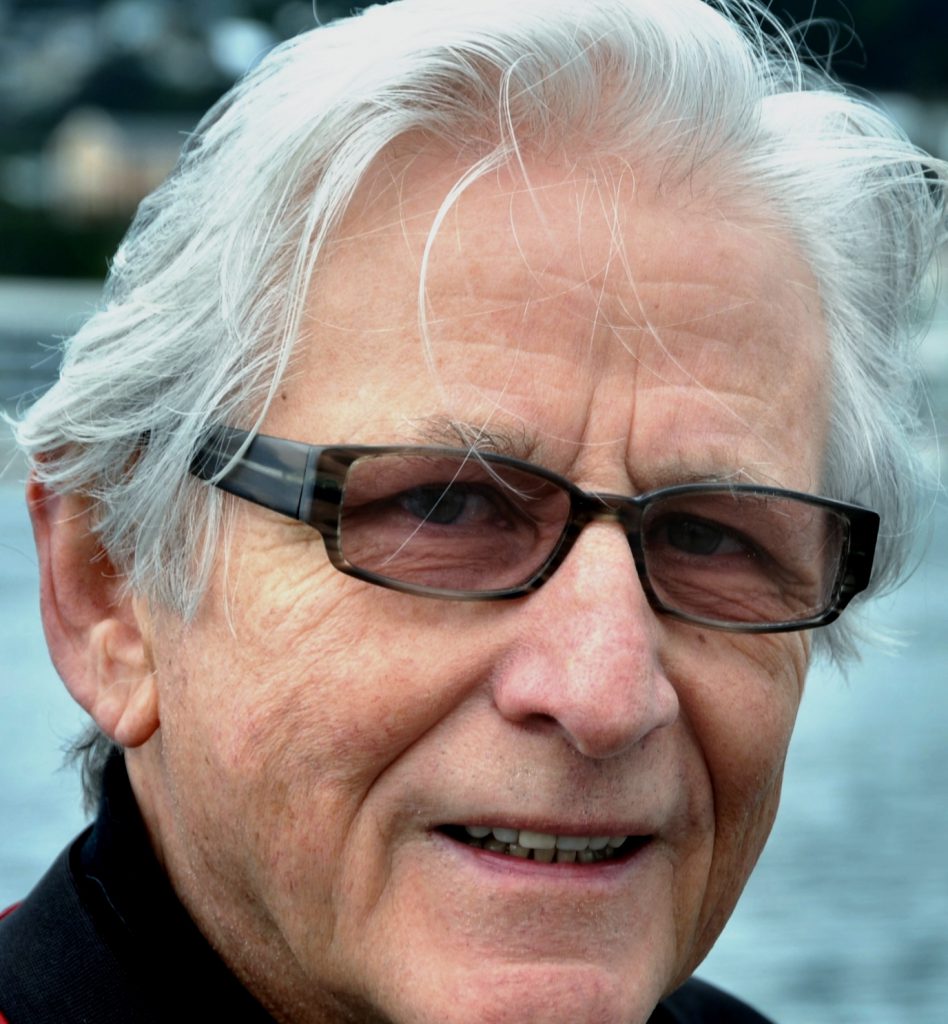 In 2005, faced by escalating gang tensions and political conservatism, supported by the Wili Fels Memorial Trust, I persuaded John to fly out from New York to create and lead a weekend retreat for three gangs: Black Power, Mongrel Mob, and the Sensible Sentencing Trust. That weekend was transformational for everyone, so much so, that the New Zealand Herald declared John a “miracle worker”. John came back again in 2011, this time to facilitate another forum. This time we gathered at the Otatara Pa, with NZ Police representatives, 30 Mongrel Mob fathers and sons, and 30 Black Power fathers and sons. Another series of transformations followed, resulting in the creation of the ‘Otatara Accord’—a formal pact between Black Power and Mongrel Mob, which has in turn resulted in the observable reduction of regional gang violence. 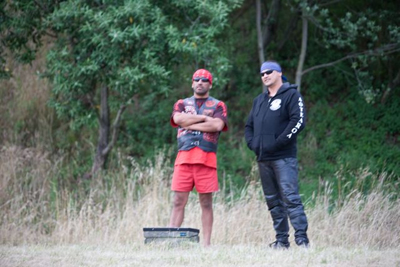 Brother in Red and Brother in Blue Whakawhanaungatanga

Another time, supported by the late Dr Ian Prior, working from the Strathmore Community Hall, Wellington, John Wareham formed a group of Black Power into a debating team. Within a week he inspired them to challenge a top Wellington Parliamentary Debating Team (undefeated for six years) to a moot. The motion was, “Pakeha Owe Maori a Decent Living” and Black Power were allocated the negative! We held the debate at the Michael Fowler Centre in front of an independent adjudicator. Not only did the Black Power team win the debate, they also had the best speaker! 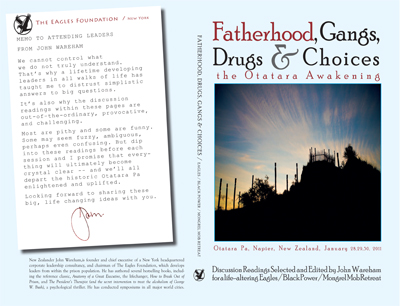 Wellington is blessed to have an organization called the Consultancy Advocacy and Research Trust (CART). Its core mission is to support the disposed and marginalized whanau on the social periphery.   In 2015 John Wareham, and his wife Margaret, returned to his hometown of Wellington. With such a treasure at hand I naturally invited John to join the CART Board. When the health of our then General Manager began to fail, John stepped into the breach, taking over as executive manager, pro bono. One of the first things he did was to create the Black Power Film Festival. It ran at the Paramount to sold out audiences of all colors and stripes and put the CART name onto the front burner. John was subsequently appointed Chair of Trustees, and handled that key leadership role with dedication, intellect, imagination, and tenacity.

With funding difficult to secure and always at risk a small NGO such as CART always faces headwinds and choppy seas. Sometimes we encounter perfect storms and we’ve just passed through one and are about to face another. Our Board works pro bono and generously give of their time. The going can be tough, and John faced some tricky challenges in his time as Chair. John is 79, youthful, energetic, and sharper than ever, as witness that in the past three years he has written and a produced a play, has published a schooldays memoir, and has yet another life-changing book with a New York publisher.

Right now, John is heading off to New York again for several months, having been invited to run a series of programmes for ‘at risk’ Harlem youths. The downside for us is that John has chosen this time to resign from the CART board. Happily, he leaves us with a clean slate following a deep audit going back five years. Yet, as I say we’ve got more challenges ahead. John’s dad, Jack Wareham was a nuggety winger for the Wellington representative rugby team. Like his father John is quick of wit and fleet of foot. The necessary play of the day is to bring the ball back into the forwards and set up a rolling maul. As an old man prop, I’ve willingly accepted the pass from John Wareham. I’ve let him know I’m going to run it up the guts, hard. He’s done his bit. We wish John and Margaret well in their fresh effort abroad, and on his return home we will have an after-match drink and reflect on the game just gone. Then we will set out preparing for a fresh match, John’s nascent pilot project to reduce recidivism in our nation’s prisons. 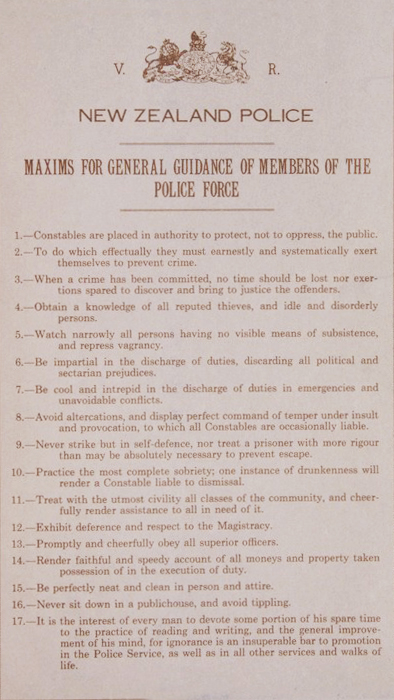