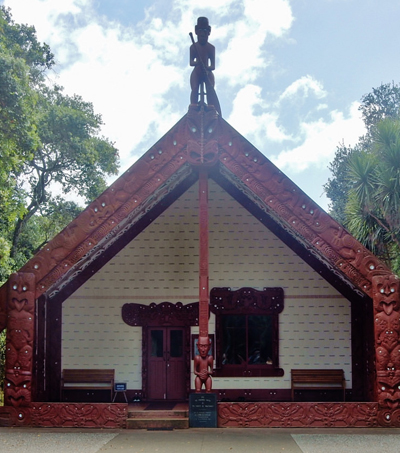 The Treaty of Waitangi and Its Influence On Identity Politics

“Globally, there has been a crisis of confidence in the promises of liberal democracy in recent years,” writes James H. Liu, Professor of Psychology at Massey University. Against trends like the US president wanting “to build a border wall,” “New Zealand has experienced little backlash against immigration.” In a feature article on The Conversation, Liu argues that the Treaty of Waitangi “has endowed New Zealanders with a convention for working through issues of equality and inequality.”

“The visibility of culture and ethnicity at the heart of this foundational document of New Zealand sovereignty provides its people with a degree of inoculation against the worst of race-based nationalism,” writes the Professor of Psychology.

Liu references the 1840 signing of Te Tiriti o Waitangi as framework for colonial settlement. Conflict and warfare ensued “as the legality of land sales was questioned” and “by 1877, a judge had declared the treaty a ‘simple nullity’, in line with accelerating settler demands for farmland and reduced Māori capacity for resistance.”

“Cooperative relationships between white and Māori elites were common… Thus, Māori and Pākehā (New Zealander Europeans) have had a lot of practice in managing their differences through negotiation as well as conflict,” writes Liu. “The 1970s were the critical decade in which contemporary bicultural New Zealand identity politics began taking shape.”

“Capitalising on anti-establishment feelings triggered by the Vietnam War, Māori across the spectrum mobilised Pākehā allies and engaged in protest movements that revitalised Māori identity and gave rise to 1975 treaty legislation that allowed fiscal settlements for colonial-era injustices through a tribunal.”

“The discourse that ‘we are all immigrants’ rings truer in New Zealand than in other English-speaking post-colonial societies,” writes Liu. “The current status of the treaty reminds citizens of the central position of Māori as tangata whenua (people of the land). This puts anti-immigrant rhetoric from New Zealand Europeans on shaky ground.”

“Democracy rose with enlightened leaders in Europe and the United States around two hundred some years ago, premised on the notion that individuals are capable of rational choice. The problem is, group-based politics is frequently far from rational, and is vulnerable to rabble-rousing.”

“Group-based rationality works in New Zealand because it is treaty-based and has evolved stable and mutually acceptable platforms for dialogue. It is acceptable for Māori to filter their political views through the lens of culture,” writes Liu. “On Waitangi Day, any immigrant of any ethnicity becomes tangata tiriti (people of the treaty) in relationship with Māori as tangata whenua.”

“This pattern of cross-cutting allegiances is good medicine for facing the challenges to liberal democracy today.”

Tags: The Conversation  Treaty of Waitangi