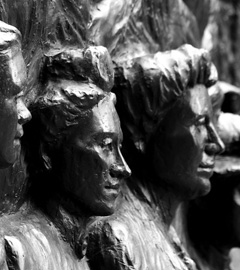 The 120-year anniversary of one of New Zealand’s most momentous moments in global history is being marked with the public exhibition of the Women’s Suffrage Petition of 19 September, 1893. On that day in Wellington, the 270m-long petition bearing the signatures of 25,520  New Zealanders was rolled down the central aisle of Parliament, marking the moment that Kiwi women becoming the first female citizens in the world to win the right to vote in a general election.

Entry is free to Archives New Zealand in Wellington to view the petition, on which nearly 24,000 of the original signatures survive.

The events of 1893 created headlines across the globe and were genuinely world-changing as the decision to grant women the right to vote provided critical impetus and succour to the global suffrage movement.

When not on public display, the petition is housed alongside the country’s founding document, The Treaty of Waitangi, and is included in the international UNESCO register of documentary heritage.