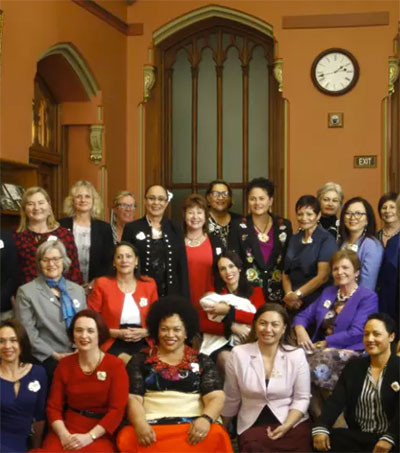 New Zealand became the first nation in the world to allow women to vote 125 years ago, and hundreds of people celebrated the anniversary by turning out to gatherings and speeches.

Liberal lawmakers introduced a new bill on 19 September that they say is aimed at addressing historic lower pay for women by making it easier for workers to make claims for pay equity.

“It reminds us that that is what we are here for,” Acting Minister for Women Eugenie Sage said, referring to the photo session, proposed law change and other advancements for women. “That is why we got the vote.”

Earlier in the day, Ardern spoke to hundreds of people gathered in Auckland, telling them her own great-great-grandmother had signed the petition for women to get the vote back in 1893.