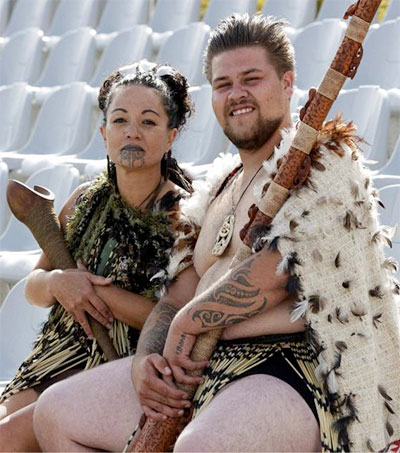 Settlements May Be Imperfect but Important Example Says UN

Last year’s $170 million Ngai Tuhoe settlement is one of dozens the New Zealand government has signed with Maori tribes in a comprehensive, multi-billion-dollar process described in a United Nations report as imperfect but nevertheless “one of the most important examples in the world of an effort to address historical and ongoing grievances of indigenous peoples.”

The payouts have transformed some of the tribes into major economic players in a nation where Maori make up 15 per cent of the country’s 4.4 million people, the Hindu reports. They have also contributed to a broader cultural renaissance and improved prospects for Maori.

Tamati Kruger, who led the negotiations for the Tuhoe tribe, or “iwi,” said the settlement provoked great emotion, especially for older tribal members.

The settlements are the result of legal claims brought by tribes against the government for breaches of the nation’s founding document, the Treaty of Waitangi.

With the finish line in sight, the pace of settlements has picked up. The government has signed 72 agreements and hopes to sign the final one by 2017.

The settlements have cost $1.6 billion so far, a figure Treaty of Waitangi Negotiations Minister Chris Finlayson said could rise to $3 billion.

Kruger said his tribe’s settlement has helped heal generations of hatred between the tribe and the government. “New Zealanders are to be commended for confronting their history,” he said. “It’s entirely untrue that you can’t change the past.”