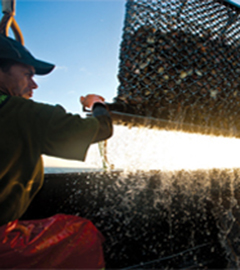 For generations, the Ngai Tahu tribe resembled many other indigenous people around the world: impoverished, virtually landless and experiencing a steady erosion of its language and culture.

However, Ngai Tahu have now turned their situation around. In 1998 the Ngai Tahu tribe made a restitution settlement of 170 million dollars with the New Zealand government for the injustices inflicted on the Maori people under the Treaty of Waitangi.

A number of shrewd investments made in the years that followed the settlement have seen the Ngai Tahu become one of the wealthiest tribes in New Zealand, with total group assets in excess of $1.03 billion.

Using an investment plan akin to U.S. Ivy League schools such as Yale and Harvard the Ngai Tahu have invested in assets which generate steady returns; though they continue to shun any involvement with gambling institutions as they are against the tribe’s values.

From July 2012 to June 2013 investments in commercial real estate, residential property, rural land, stocks and tourist attractions made a 25.3% return on the Ngai Tahu portfolio. In part the tribe’s success has been helped by an agreement with the government which allows them first refusal on government-owned assets or real estate that are being sold on their ancestral land.

This has allowed the Ngai Tahu to invest locally in property holdings and in the conversion of forestry land into dairy farms on plains outside Christchurch; recent plans to form up to 15 farms have been valued at $1 billion.

With the profits from their proficient stock and asset investments the Ngai Tahu has now paid out more than $200 million in dividends to its people and continues to support health and education programs and restore meeting houses for their 50,000 strong community.