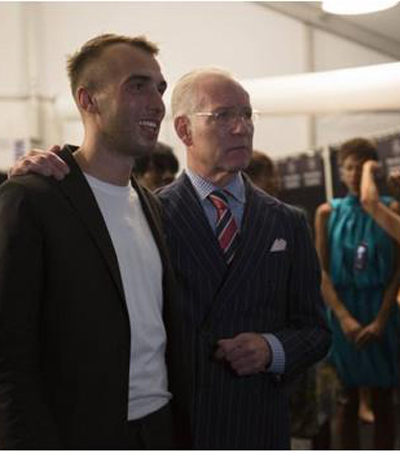 The Wellintonian who now lives in Brooklyn was one of four finalists who were given a budget to prepare a number of looks for a runway show at New York Fashion Week.

Before his models took to the catwalk in his “portrayal of Caesar” style collection, Mr Kelly described the moment as like “fireworks”.

Just minutes before finding out his fate, Kelly told the judges that he wanted his collection to “feel luxurious”. A goal which was achieved according to the judges, whose feedback included that his show was “very polished”, “fabulous” and “the full package”.

Entertainment Weekly described Sean as “a worthy winner” with the “strongest runway collection” of the finalists.

The competition began with 16 designers in July.

During the show Kelly has had three wins in the competition that sets designers challenges to be completed in a limited time before a runway show where their looks are judged.

Kelly received a prize pack receiving $100,000 from Red Robin to launch his business, a car from Lexus and a spread in Marie Claire magazine.