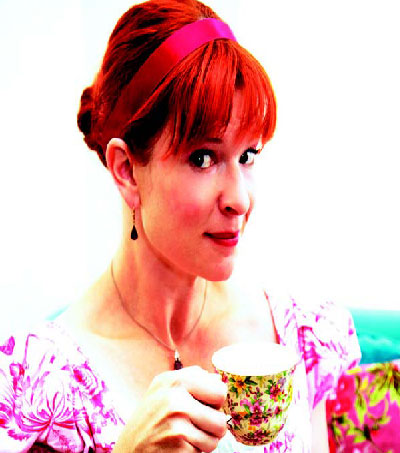 “The fun of Promise and Promiscuity, a pleasant and playful solo musical by New Zealander Penny Ashton, is that the marriage of the two happens so charmingly, without undue exertion in literary deconstruction, reconstruction, dismemberment, exhumation or theatrical angst,” Edmonton Journal reviewer Liz Nicholls writes from the Calgary Fringe Festival.

“This gives Promise and Promiscuity a sort of English daffiness. It gathers to its bosom a winking assortment of the silly anachronisms and similes, shameless puns, cheap local references, harmless double entendres, and light verbal quibbles (along with three dozen lines direct from Jane Austen).

“Ashton is a cheerful performer, with an agile range of voices and mannerisms. Her mode is cheeky, not satirical, as she conjures an entire shire of characters.”