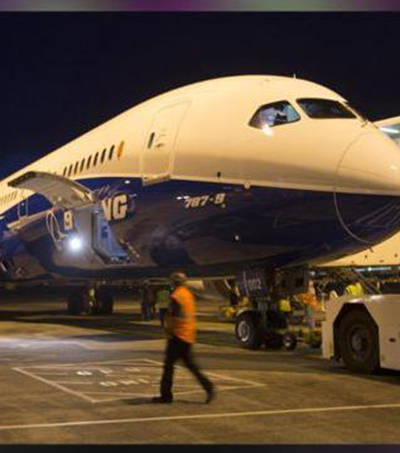 New Zealand will be home to the first Boeing 787-9 plane after Air New Zealand officially acquired the first of the 10 new models yesterday.

The plane will fly to New Zealand next week, according to Air New Zealand.

The delivery marks the formal airline acceptance of the larger Dreamliner, which was certified by both the Federal Aviation Administration and European Aviation Safety Agency mid-June.

Launch customers typically receive significant discounts, but the largest portion of the purchase price is paid at the contractual handover of the aircraft.

Air New Zealand originally expected its first Dreamliner from Boeing back in 2010, but it was delayed by the development of the smaller 787-8 Dreamliner, which had a 3½ year delay.

The plane is slated to enter long-haul service in October flying between Auckland and Perth.

The 787-9 holds around 40 more passengers than the initial Dreamliner model.